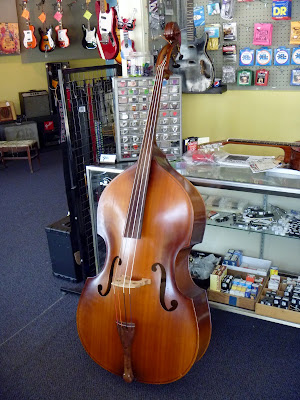 Yesterday we had somebody come in wanting us to sell his old Engelhardt EC-1 upright bass.  An Englehardt of this era is known affectionately as an "EngelKay" due to the company's close association with the Kay Music Instrument Company, and the super-desirable uprights they made in the 30s-50s.  More on that later.  First soak in that beautifully constructed and finished top.  There's something downright intimidating about an upright - this is one of the 3/4 scale models, and it still stands about 6 foot tall at the tip of the headstock! 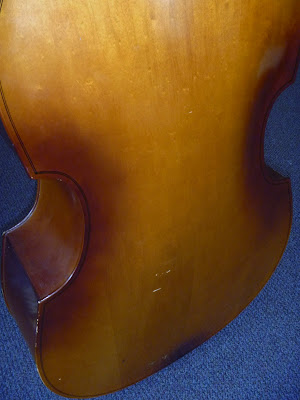 The Engelhardt story really begins with the merger of Kay and Valco, a move which ultimately failed to save either company from their financial doldrums.  When the Kay/Valco company was dissolved in the early 70s, former Valco president Robert Engelhardt and VP Al Link started a new company called Engelhardt-Link that bought up the assets and inventory from Kay's bass and cello division.  They also retained some of the same builder/luthiers, so that the first Engelhardts that the company produced were essentially the same classic Kay uprights with a new brand name. 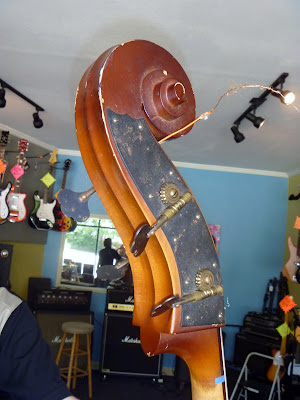 Needless to say, this is an example of great old-school American craftmanship.  No cheap composites here, just a whole lot of nicely aged maple!  ﻿ 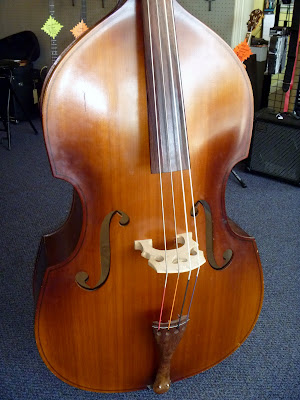 Of course, with an upright, the set-up is just as important, and this thing is good to go cat, go -  it's been professionally set-up for very fast and loud rockabilly-style slapping.  Very playable, even to a pampered putz like me who's never really held an upright before.  Throw a transducer in there and it's ready for the stage!
﻿
Posted by Max at 4:31 PM