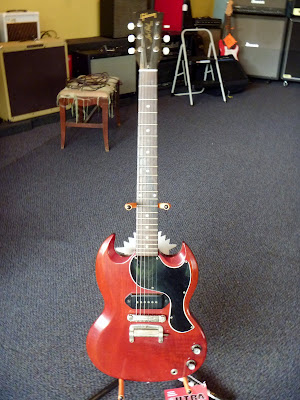 A few people were in today just sharing - here's a 1964 Gibson SG Jr.  The guy said it was given to him by his grandfather.  It has some age on it - if you tilt the neck just so you can see a little greenish patina along the frets.  Still, it played pretty good, with a nice, comfortably worn neck. 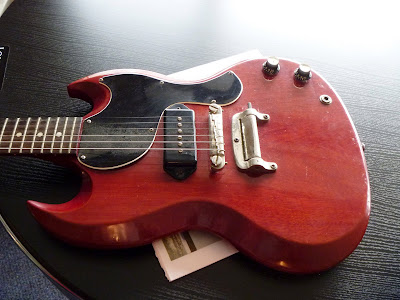 Sadly, though, the Bigsby vibrato had been dismantled somewhere along the line.  I guess most players just don't dig a vibrato on an SG, though I've personally always thought an SG and a Bigsby go together like peaches and cream.  That single P-90 still sounds fat and sweet, though. 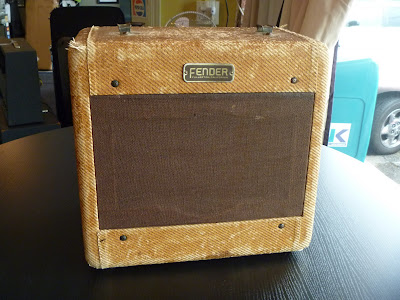 Here's a 1954 Fender Champ!  Behold the mighty, mighty tweed.  A little roughed up, but miraculously intact. 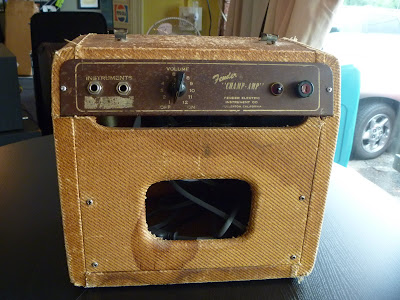 Just think, when this amp was being built, Elvis was just a poor cracker truck driver trying to break into recording and performing, Johnny Cash was an appliance salesman in Memphis, and hell, Chuck Berry had only been to prison once!
Posted by Max at 12:56 AM